We are honored to present this month’s episode of Leadership Reimagined with Baroness Helena Morrissey, former CEO of an asset management firm, the founder of the 30% Club, a board director, and a member of Parliament.
Helena remarks on the importance of having a sounding board and a network of support, especially during challenging times, something she discovered early in her career and attributes to her success. Whether in the form of an ally, mentor, or sponsor, she adds, “We are not islands, we need each other, we need support, we need encouragement.”

Tune in as Baroness Morrissey discusses her novel career, passion for gender parity, and how, as a mother of nine children, not only manages it all, but excels at it all!

Helena was CEO of Newton Investment Management for fifteen years with oversight for nearly 50 billion pounds. Her successful leadership placed her on the Fortune’s list of the World’s 50 Greatest Leaders in 2015 and the Financial Times’ 2017 ‘Person of the Year’ at its Boldness and Business Awards gala. In 2018, she published her first book, A Good Time to be a Girl, Don’t Lean In, Change the System, described by Forbes as ‘one of the five most empowering books for women’ in 2018. Helena founded the 30% Club in 2010, when women on the FTSE 100 was just 10%. Motivated by achieving parity, the purpose of the 30% Club was to achieve a minimum of 30% female representation. 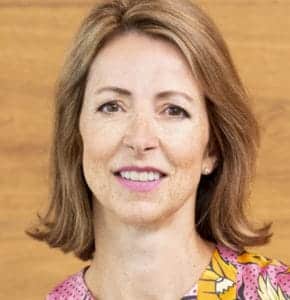 It is with great privilege we present to you this episode of Leadership Reimagined “Purposeful Power for Gender Parity” with Baroness Helena Morrissey.