Janice Ellig, CEO and founder of Ellig Group, sits down with real leaders in this series of game-changing conversations, bespoke to fellow champions of change. Heralded by Bloomberg Businessweek as one of “The World’s Most Influential Headhunters,” Janice is often consulted for her expertise and commitment to gender parity, equity, inclusion, and diversity.

We are honored to present this month’s episode of Leadership Reimagined, “Purposeful Leadership Takes Flight” with Ted Christie, President, Chief Executive Officer, and board director of Spirit Airlines.

Having dedicated much of his career to aviation, Ted joined Spirit in 2012 as Chief Financial Officer, and was named CEO in 2019. Following a tumultuous year, Ted speaks about his team’s response with pride “I am happy to say that the culture was reinforced, iron sharpens iron here. You see one of two things happen: people either wilt or they stand up and say, ‘this is my group, these are my people, this is my company, and I am going to do something about this.’ Thankfully we were in that group of people.”

Tune in and understand why his hands on leadership style has led to Spirit being named as one of the “World’s Most Admired Companies,” by Fortune, making Spirit one of only eight airlines worldwide and three airlines in the U.S. to be included on this list. 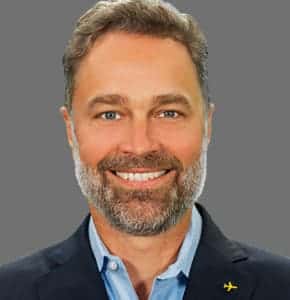 Prior to joining Spirit, Ted served as Chief Financial Officer of Pinnacle Airlines Corporation, and previous to that Ted began his airline career at Frontier Airlines in 2002, where he helped the carrier restructure and achieve a competitive cost structure. Through its charitable foundation, Spirit supports Embry-Riddle scholarships for women and other underrepresented groups in aviation, where its goal is to inspire more women to get into the field of aviation, aeronautics, and STEM.

It is our privilege we present to you this episode of Leadership Reimagined “Purposeful Leadership Takes Flight” with Ted Christie!